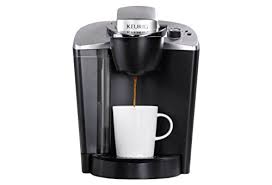 This morning I made myself a cup of tea and looked hard at the Keurig machine. It’s getting old – not the sleek styles you can find available today, but it still gives me a great amount of joy. Why? Well, because the rabbits bought my Keurig!

We’ve been raising rabbits for several years now. Back in the day, the first time we had any extra money above the feed costs and facility costs, I bought a Keurig with the rabbit money!

There have been seasons where we have bred very hard and seasons where we have not. We have left certain breeds and added others. But in general our principles of raising rabbits as naturally as possible, toward the ARBA standard of perfection, and allowing the rabbits to be part of a larger homesteading lifestyle… well, those things are still there.

We rarely make money with rabbits. On good months we’re able to break even with feed costs. Going to shows can be expensive, especially if you load up your entire car with rabbits when you go like we do! We don’t raise rabbits to make the big bucks, we raise rabbits for the other lessons we get which are invaluable:

Our children value life. We raise our rabbits as a family. As a family we care for them. We process as a family. The kids, generally, value life. They realize that if the animals aren’t fed, they aren’t going to be fed because they have stewardship over these lives and that’s important. They know that each life has a purpose and those purposes may look different but they are all valuable.

Our family understands healthy competition. When we go to a show, of course it’s an opportunity to see how your breeding program is doing. You’d love your rabbit to win the top honors! But it’s more importantly an opportunity to interact with other breeders, to encourage one another, learn best practices, and admire these animals. Showing rabbits has helped us cement that WE are our main competition… if we haven’t done our personal best we aren’t winning at anything.

We’ve learned science in a hands on way. Rabbits are an amazing tool for understanding genetics. I honestly can’t see any other area that would give us as much knowledge in a practical way about genetics as raising rabbits. Now… has that led to some interesting conversations? Why, yes! Once my dear child told me that with my naturally horrible eyesight I ought to be glad I’m not a rabbit because I would have been culled from the breeding program! Ha! But there is a reality that these experiences help us understand natural order and scientific inquiry in a whole new way.

I could go on and on, but I will stop now because my tea is getting cold. The tea that came from the hot water from the Keurig that our rabbits bought. These rabbits, they are always bringing us important things!

Raising these rabbits has gotten me thinking about “Rabbit Legends” – as opposed to Urban Legends. Stories of circumstances that seem completely impossible and yet… are true!

There’s a wealth of bunny misinformation around the internet and a simple Google search is as likely to lead you astray in rabbit husbandry as award you a prize! Where do you go to find out the real scoop?!

I’ve found talking to other breeders to be the best way to figure out if what you’re witnessing is normal, possible, or just plain strange! Even among breeders there are some urban legends – “rabbit legends” if you will – things that some say are impossible… and yet others have experienced firsthand.

Just for giggles I thought I’d list a few of the rabbit legends that others have had to see to believe!

Here are some “Rabbit Legends” for the ladies:

1. Concurrent pregnancies. Perhaps the most hotly debated rabbit legend is the ability for rabbits to be pregnant with two separate litters at the same time. Here’s how it happens. Flopsy is bred on Day 1. One Day 14 the breeder palpates the doe and feels nothing, so, not wanting to waste time, rebreeds her. On the original Day 31, the doe drops some babies… and has more on Day 45!

I wouldn’t have believed this was possible except it’s happened to our friend. It’s not a good thing – in fact, she lost all the babies from both litters – but it is possible. Apparently this has to do with having two uterine horns, and one side can fertilize at one point while the other fertilizes at another. Some dangers are the physically taxing effect of dual pregnancies, delivering both litters at once (one set would be to term while the other obviously underdeveloped), or the doe terminating the pregnancy on her own.

2. Absorbing the feti. (I’m not sure the plural of fetus, but it’s from Latin so, in the theme of an educated guess, I’m going with the plural Latin ending “i.”) Here’s the situation: you breed your rabbit. You know for a fact the deed was accomplished. You watch your doe, she gets fatter and fatter, she even palpates pregnant! The appointed time comes and you wait. And wait. And wait. And nothing happens.

You aren’t crazy. That sweet little doe has reabsorbed the tissues of her babies back into her body. There are various reasons for this, most blame stress, sickness, or ill-formed embryos. Some rabbits have been known to do this if they seem to feel the timing isn’t right or they can’t find a safe place to build their nest. Who knows what’s going through a rabbit’s mind – after all, they aren’t genius or they wouldn’t be at the bottom of the food chain – so it may be the result of a special little bit of rabbit crazy. Regardless of the reason, it happens!

3. Multiple delivery dates. Another situation for the rabbit legend record books? Delivering the same litter over several days. It stands to reason if you bred the rabbit on one day the delivery would take place on one day, right?

Wrong. Many, many breeders report their does giving birth over the course of 2-to-4 days! After all, who needs to condense the child-bearing experience?! All a female of any species really wants is to be in labor for hours… no! days!

Depending on the rabbit this may result in the loss of all, some, or none of the babies. But there’s no doubt, the laboring process can take as little as 10 minutes, or it can extend for days.

Let’s talk about “Rabbit Legends” for those bucks:

1. Sympathy pregnancy symptoms. One breeder has a buck who gains weight and builds a nest, right along with his mate! She was so rattled by this behavior she checked him over thoroughly, convinced she had somehow gotten the buck and doe mixed up. But, no. It was the buck who was getting all maternal! That’s a prouder papa than most rabbits!

Quite a surprise for the breeder who walks out to their “unbred” doe and sees her pulling hair for a nest!

3. Intentional castration. It’s an ugly facet of breeding rabbits – sometimes a doe isn’t too excited about a buck getting his north and south end confused. The truth is, a buck on a love-making mission is a hot, frenzied mess – and he’ll leap at anything he can manage to mount, without concern of whether his mounting is on the backside or in a doe’s face! One breeder tells the horribly story of a buck who was confused in this way and ejaculated up the doe’s nose! Ewwww!!!!

A doe, when inclined, can participate in a Lorena Bobbit-like manuever without hesitation! This is excellent motivation for not keeping litter-mates together for too long, as well. When it comes to romance there are some pairs that can be left without supervision for extended periods of time. But there are the other does who need constant observation or that poor buck may end up with only one (or no) testicle.

It’s a sad truth, don’t trust the ladies. And if you’re a buck, keep your tendermost parts away from a lady’s whose teeth never stop growing.

1. Loss of pupil. One breeder took her rabbit to the fair – it was VERY hot in the rabbit barn and suffered a heat stroke. After cooling her rabbit off, she realized her rabbit was missing a pupil! The heat of the experience had caused her to blow her eye! She recovered her health, but was blind in that eye forever.

2. Rabbit c-section. One breeder had a doe that not only survived a c-section delivery, but went on to have four more litters as VBAC. Talk about talent!

Do you have any rabbit legends of your own to share? Please tell us in the comments!