Cleaning out the Webs 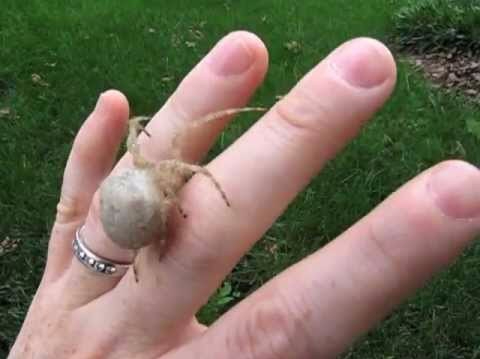 Orb spiders. They’re nasty and also harmless. And huge. They make HUGE Cobwebs. Lots of ’em. We have become a breeding ground for these suckers and while they totally freak me out, I also know they’re beneficial in our attack against the flies and gnats that enjoy our rabbitry, so we have to make some sort of peace – up until a point.

Given only a small amount of time, these spiders can very effectively cover every inch of space around the rabbitry with webs and that, friends, is both scary and gross, definitely the stuff of heebie-jeebies. Yesterday was the day we said, “Enough is enough!” and went to battle.

Our weapon of choice for these silky, sticky, nearly invisible barriers?

Fire. Lots and lots of continuous flame. (Contained and as safe as possible, of course.)

Really and truly, a butane torch (or “flamethrower,” for the more adventurous rabbit breeders), a steady and swift sweep, and the hair, cobwebs and gunk disappear in a flash, leaving behind cleaner and relatively sterilized cages. It’s a pretty nifty deal! 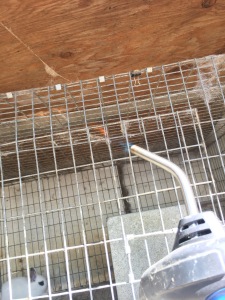 Fire. Cobwebs. Disappearing in a flash and only slightly freaking out the rabbit in the photo. We never get near the rabbits but they find this whole business highly suspicious. 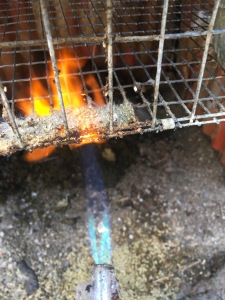 This hair, food, cobweb mess goes up in flames. It’s quite satisfying.

Just in case you don’t believe me at how quick it is? Here’s a video of the space in between our hutches, which has been left undisturbed to the point of insanity. Spiders own the place. It’s like the wild west of spider adventures. And now? Poof! It’s gone!